Our Story: How it all Started

How it all Started: Sweetpea’s Sanctuary 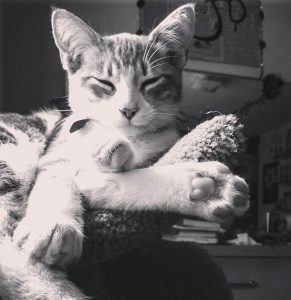 Valerie and I always had cats. In fact, we had fostered kittens from our local shelter when I was growing up. But it wasn’t until we moved to Fort Bragg that either of us got seriously involved with cat rescue.

We started out on the Board of Directors for the Eileen Hawthorne Fund (EHF). During our time with EHF, we learned about the massive problems facing our community, and the nation, with unfixed community cats. EHF’s mission is providing financial assistance for spay and neuter. Sometimes, EHF would get calls requesting physical help, so Valerie, Kacey, and I would often personally respond to these calls. 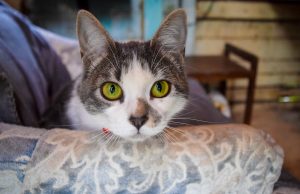 The first call we ever responded to came from an elderly couple who found kittens in a woodpile. The couple was not mobile enough to catch the kittens, nor did they have carriers or any equipment for cat catching, but they wanted to help. Valerie, Kacey, and I went out and assessed the situation. Next thing you know, we’re catching kittens by hand, in the rain.

It was November 1st, 2012. Not really sure what to do with our newfound kittens, we brought them home and put them in our guest bathroom.

As it turned out, they were pretty feisty. At six weeks old, they had already picked up the fear instinct from their mama. We’d have to socialize them by hand… At the time, there weren’t a lot of resources on kitten fostering or socialization, so we mostly worked off intuition and with what little information we could find. Regardless, that first group of kittens socialized so perfectly. All six found amazing homes. Their names were Buddy, Sasha, Dusty Squarebutt, Crystal, Ms. G, and Sweetpea.

So, Sweetpea’s Sanctuary had begun, though it wasn’t until some time later that we realized what we had started would need a name. Once people knew we were socializing and fostering kittens, the kittens just started showing up. We worked out vetting with the Mendocino Coast Humane Society and a partnership began to grow. Over the next four years, we would build five catios and foster, socialize, and adopt out some 300 kittens. 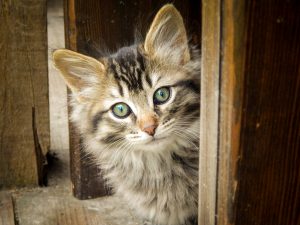 In 2016 my grandmother passed away, and subsequently, we lost the property we had created our sanctuary on. After years of working with feral born kittens, it was pretty clear that there was a problem locally. Kittens were being born and not enough effort was being put into spaying and neutering the feral cats they were coming from.

Our goal shifted to focusing on the feral and unowned cats, those we call Community Cats. We still work closely with the Eileen Hawthorne Fund and the Mendocino Coast Humane Society. We could not do this work if not for what both groups provide for the community. We still rescue kittens, though; a lot of kittens.

Nowadays, instead of operating as a sanctuary, we’ve created a foster network that we train, manage, and fund. This year to date, we’ve taken in 136 cats and kittens. About half of these kittens are adopted through the Mendocino Coast Humane Society, while we tend to focus on the shy cats and kittens. In addition, we now operate a Trap-Neuter-Return Program to spay or neuter the feral or un-owned free-roaming cats, as well our Barn Cat Program. We’re so proud to have grown over the years, and it makes me so happy to look back on how it all began.